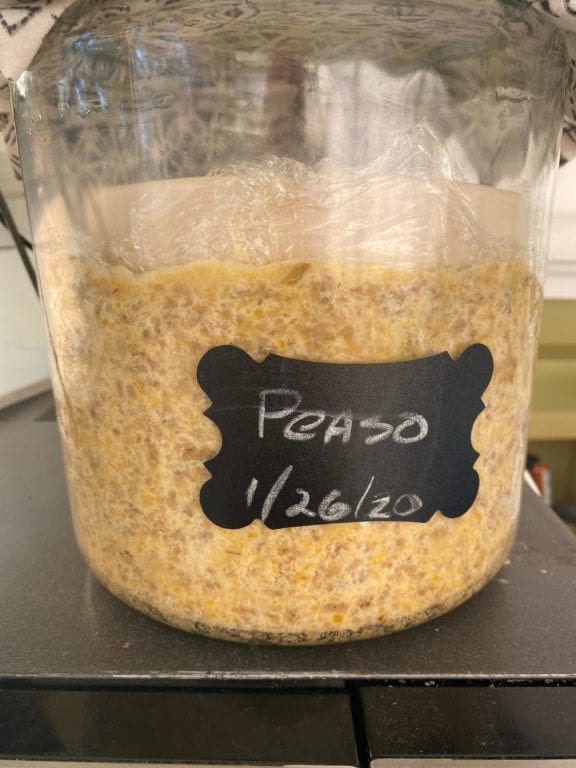 It started with stopping by a shop in Oakland called Preserved. A great shop for lots of DIY home cooking projects. Fermenting, canning, and all kinds of fun methods can be found in the books of the shop and the ingredients and tools to are there too. I had heard about this magical thing called Koji. It’s a major player in Japanese cuisine and having a new day in the sun due to some creative chefs using it in new ways. Koji-tane is the base form and spores of this fungus. The fungus is grown on rice, barley or a number of different grains. The fungus, Apergillus oryzae, is fairly easy to grow on grains in the right environmental conditions. A temperature and humidity controlled fermentation chamber is best.

I thought a good entry into Koji was to buy the rice or barley and go from there. I made Shio-Koji which can be used as a marinade to up the umami of things. If you’ve had Japanese Karaage, fried chicken, you may have tasted this special umami and not known what it was. After cooking my first shio-koji marinaded chicken I immediately recognized the flavor. I was hooked. 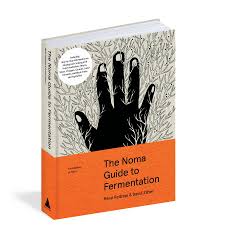 Just then I heard David Zilber on Fresh Air with Terri Gross. He was all about the Koji. He spoke gloriously about the spore that is essential in Japanese food. It’s used to make Miso, Sake, soy sauce and amazake. Fortunately he’d just written a whole book about fermenting, including extensively about Koji.

I ordered the book and worked with purchased Koji-Rice and Koji-Barley. I made Koji oil, Koji lacto fermented water both of which I used in Thomas Keller’s quiche recipe. The onions are slowly wilted and never browned with thyme. The koji made these the best sautéed onions I’ve every tasted. They were just so delicious. I made Koji flour to bread fish with.

Buying already inoculated Koji-rice and barley got expensive so I finally set out to make a fermentation chamber. I had a lot of the supplies needed anyway from my days of meat curing. I already had a temperature controller that I bought way back when we lived in Hawaii to control my crock pot for my first Sous-Vide cooking. This 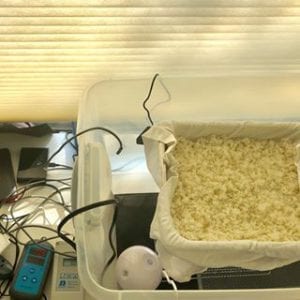 was before there were affordable alternatives. I later used it to control my meat hanging fridge. I had a seedling heat mat. I just needed to order a small humidifier and humidity controller, a stainless steel perforated hotel pan and the Koji-Tase spores. Zilber suggests setting up in styrofoam cooler but I couldn’t find one of the right size so I first used a plastic storage bin. It didn’t work out great, so I switched to my oven. Once I learned that I needed to take out the light bulb or it would easily get too hot, it worked out fine. However, it means that my oven isn’t usable for 3-4 days. That’s OK, I have a toaster oven and a large microwave/convection to tide me over.

At this point I’ve made two batches of rice Koji and one of barley.

While my process is never complete at 48 hours like Zilber says it will be, I carry on and eventually get a nice growth of mold. What should happen is everything grows together into a mat of sorts. I sort of got that my second round of rice koji, but I’ve found that even with my less than optimal growth the koji is fine.

The whole reason I wanted to pursue the barley one was to make what Zilber calls Peaso. It’s miso made with yellow split peas instead of soy beans. I did not get the yield in weight from my barley koji so I had to supplement with rice koji to get enough to make the peaso. It ferments for 3-4 months and I’m so excited every time I check it. After just two weeks an amazing flavor had developed. As Zilber says it’s magical. It just smells so delicious when I open it up.

So, if you’re adventurous I would highly recommend getting some Koji rice and Zilber’s book and play. When you’ve played a little you can make your own by buying the spores and inoculating your own rice and barley. Other grains work too. I think some day I’ll try farro. That nutty grain should be great.