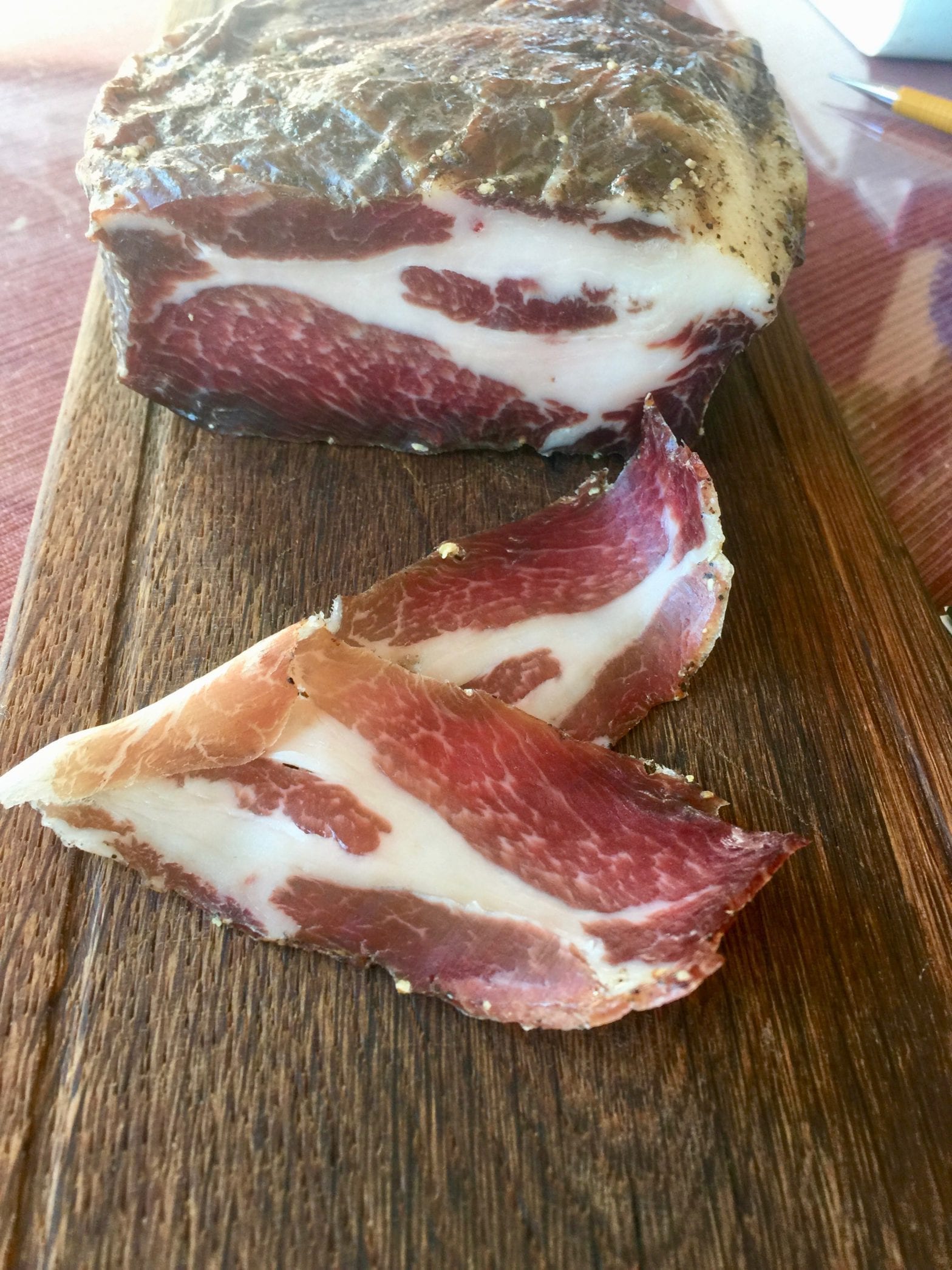 Have you been wanting to get into home curing your own charcuterie, but lack the space to hang the meats to dry? Well, now there’s a solution. And it works fairly well.

I don’t remember how I came across this product, UMAi Dry®, but I thought I’d give it a try. I have a dedicated refrigerator for hanging my charcuterie to dry, but I sometimes have trouble maintaining the right humidity in there. Too much humidity and things go wildly moldy; too little and they have case hardening.

I’ve now done two projects in the UMAi Dry bags, a Lonzino and a Coppa. Both have had a bit of case hardening by the time they had lost 30% of their weight. The meats taste good, but the Coppa seems a bit under seasoned. I followed the recipes that came with the bags. Next time I’ll just the recipes I’ve been using since #CharcutePalooza in 2011.

To use the UMAi Dry system you cure the meats in the normal way: rub the cure on and store in the fridge for the allotted time, about a week or two depending on the recipe. At the end of the cure you vacuum seal the meat in the UMAi Dry bag using one of their VacMouse pads sandwiched in between the bag layers.

I’m not clear what these do, but they’re deemed essential by UMAi Dry. Then you put the meat on a rack in the fridge until it’s lost it’s 30% of weight. In my projects that was around 3 weeks. I found that I needed to put a paper towel on the rack to prevent discoloration of the meat.

You can also dry age steaks with the UMAi Dry system. The bags are specially made for allowing airflow.

My biggest criticism of the system is that their website contains only instructional videos. I don’t want to have to sit through a 20 minute video to find the answer to a question. They don’t have a troubleshooting page either to help me with the case hardening issue. Their customer service quickly replaced my lost order and let me keep the extra when it finally showed up several weeks later. That was awesome. However, when contacting them about whether I could use the bags in a curing fridge their answer was curt, bordering on snotty. I realize they can’t endorse using the product outside what it’s designed and tested for, but they could have said that in a much nicer way. Finally, they need to delay asking for a review of the product until there’s been sufficient time to actually cure something.